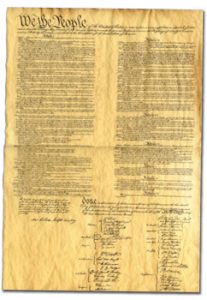 “The U.S. Constitution is less than a quarter the length of the owner’s manual for a 1998 Toyota Camry, and yet it has managed to keep 300 million of the world’s most unruly, passionate and energetic people safe, prosperous and free.”  ~ P. J. O’Rourke US humorist & political commentator (1947 – )

“All great change in America begins at the dinner table.” ~ Ronald Reagan 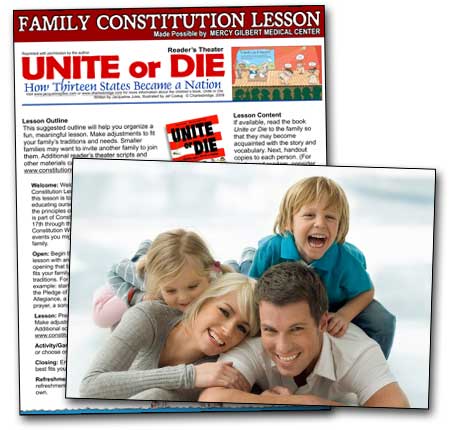 The home is the greatest classroom. Teach your family of our treasured republic.

Download these flyers for a family Constitution lesson. Plan on reading the lesson as a family, and doing the activities together, on September 19th. Make your home the foundation for freedom that it should be.

AMERICA, 1786. Ten years since the signing of the Declaration of Independence. England wages a new war of unfair trade and tariffs. Bickering and jealousy fracture the once united states.

But a handful of brilliant men – James Madison, George Washington and Benjamin Franklin – lead a political battle to create a new form of government, one that will establish the standard of self-government to the world.

A More Perfect Union: America Becomes A Nation is the first comprehensive recreation of those stirring, heated debates during the sweltering summer of 1787. Filmed on location at Independence Hall, Williamsburg, Virginia, and other historical sites, it dramatically chronicles how America became a nation and those underlying principles that guard our freedoms today.

Order your copy of this important video